Denis Reed-Smith took over the organisation of the rally from Jim Swanton who had admirably taken on the task for many years. This year, Jim was able to relax as a participant - not quite correct as he went as passenger in George Coad’s Ariel outfit. Jim said he could only see the sky and trees as the ‘chair’ seemed to lean backwards 450. This was on the Saturday only. Jim went back to his trusty AJS for Sunday’s run. George raised the rear of the side car springing with 60mm spacers on the Monday after the rally.

Anyways, back to the event. Thirty eight bikes, an MG TC and the back ups headed off at 10.30 am on Saturday motoring through Yarck up into the hills to a regroup at Highlands. Darren Young’s Harley broke a ‘push rod’ but would run on one cylinder - it was renewed on Saturday night with a replacement via Peter Arundle. Down the hills to Yea for a BBQ lunch at the Wright’s property complete with a large shed and environs complete with stationary engines. Don Wright and his fellow Yarra Valley Machinery Preservation Society members had also set up a large display of stationary engines along the river flat frontage where there were also classic cars, a truck and a WW2 van. Some of the stationary engines were in operation pumping water, running a lighting plant or just running. Their members ran the BBQ, proceeds from which went to a young girl who was paralysed in a quad-bike accident.

From Yea we had a short regroup at Molesworth and turned right onto Whanrewargen Road for the run back to Alexandra. That night some members went to the Speedway where sedans from the 1980’s raced and bashed around a kidney shaped track.

On Sunday some thirty bikes, the MG TC and the back ups headed south from the caravan park. Manny Vella had swapped from the Indian that he and Lil rode on Saturday to his BSA for Sunday and Lil towed the trailer with their car. We turned left at Taggerty and motored to Thornton for a regroup, hot coffee and egg and bacon rolls, etc. Onwards then to Eildon and a stop at the weir wall and a short run into Eildon’s shopping precinct which was shut for Mothers’ Day. Only there for a short time as light rain was threatening. From various side streets we rode out of Eildon and up the picturesque Skyline Road with its twists and turns then downhill again with twists and turns to the road into Alexandra to complete a successful, enjoyable and safe rally.

We covered 130 km on Saturday, 100 km on Sunday, only got slightly damp on the last bit of the ride, ate at different locations on Saturday night as the Speedway crowd and Covid 19 regs impinged on the Corner Hotel and look forward to next years Alexandra Rally.

A big thank you to Kim Pitman and Mary Ann King for Back Up duties, to Ray Babb, Doug Cowey, Andrew Jeffrey, Mark King for marshalling and to Denis Reed-Smith for planning and organising the rally. 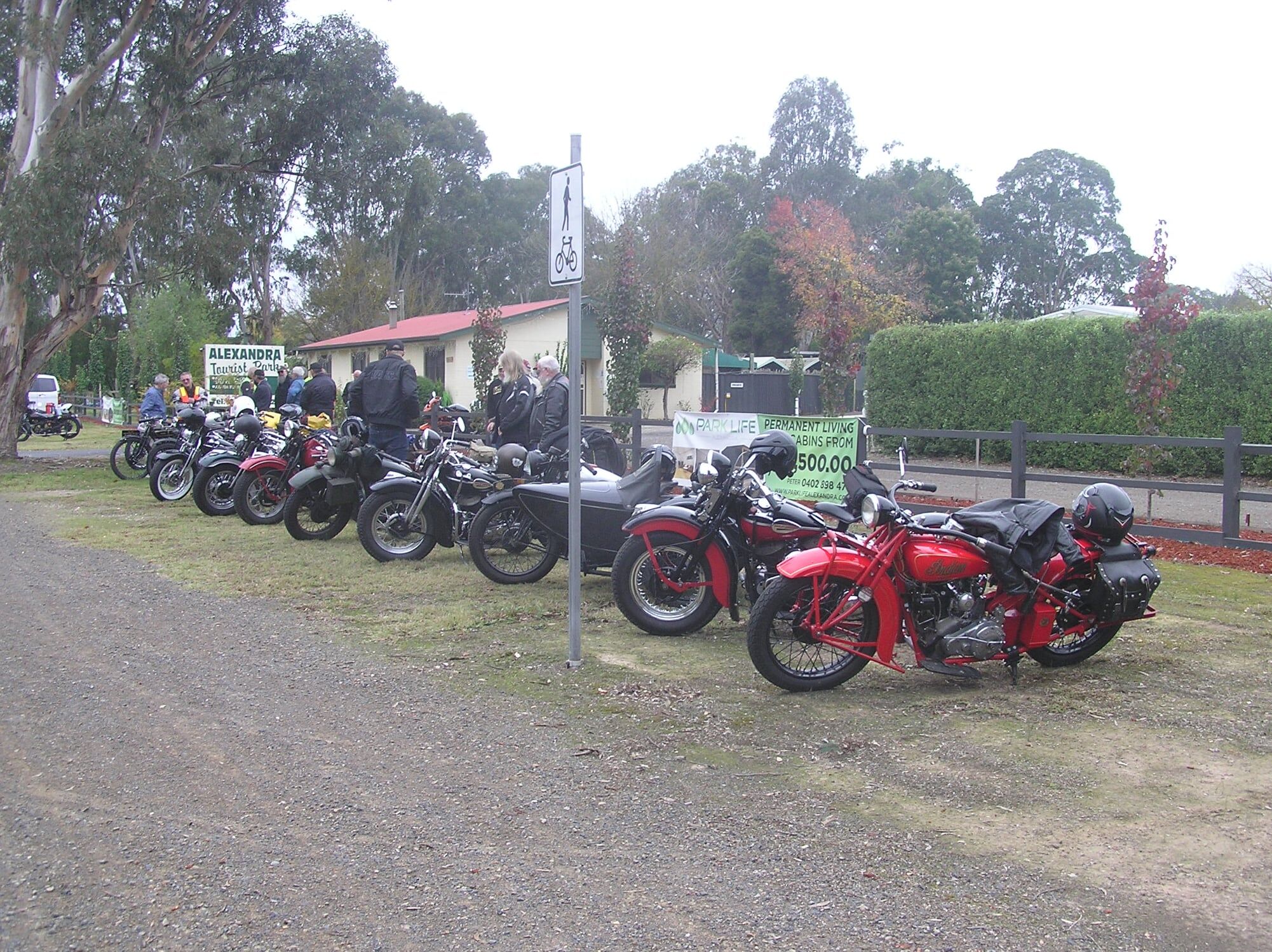