There was a good turnout of people and machines on Sunday for the Diamond Creek Rally, twelve old bikes, three moderns, and an Austin Healey, with John Street riding shotgun and Denis Reed-Smith steering the backup vehicle.

After the standard housekeeping and letting everyone know that morning tea was in Kinglake, and as the current Covid restrictions only allowed for five at a time at Gary Slater’s, entry would be restricted. We set off to cool conditions, clear roads, with the exception of our fellow travellers on bicycles, and headed along the winding roads towards Arthurs Creek. A nice section up to the Whittlesea road allowed some of the faster bikes to blow out a few cobwebs after their long sojourn in their respective garages, and then through Whittlesea.

Now being lead bike has advantages, and some disadvantages, you are the first bike to greet the four wheel drive that is coming round the bend in the middle of the road, whilst rummaging in the glove box, or the cyclist who is on their own Tour de France coming down the mountain not expecting to meet a motorcycle going the other way. But on the way up the from Whittlesea to Kinglake West on a newly asphalted section of road that climbed and twisted its way to the top, a bush turkey came out from the undergrowth, and decided it was on the wrong side so sprinted across in front of me. A bit further up a good sized kangaroo decided to lead the rally and hopped up the road at a steady 30 km’s an hour, despite me backing off several times to allow him to re enter the bush. He wasn’t having a bar of it and continued to the top, a good three kilometres.

Just before Kinglake we were treated to some beautiful views of cloud sitting in the valley’s and then morning tea in the sun. A circular route took us back to Toolangi and a look through Gary Slater’s man shed. While some were taking in Gary’s eclectic collection, the man himself was kept busy with some running repairs to a couple of bikes. Unfortunately, one of them ended up in the back up vehicle when the head gasket gave way and was doing a good job of trying to cut through the fuel line.

Back to Diamond Creek via Yarra Glen and Christmas Hills, and we were picking up a bit of traffic now, so a good time to end the rally. 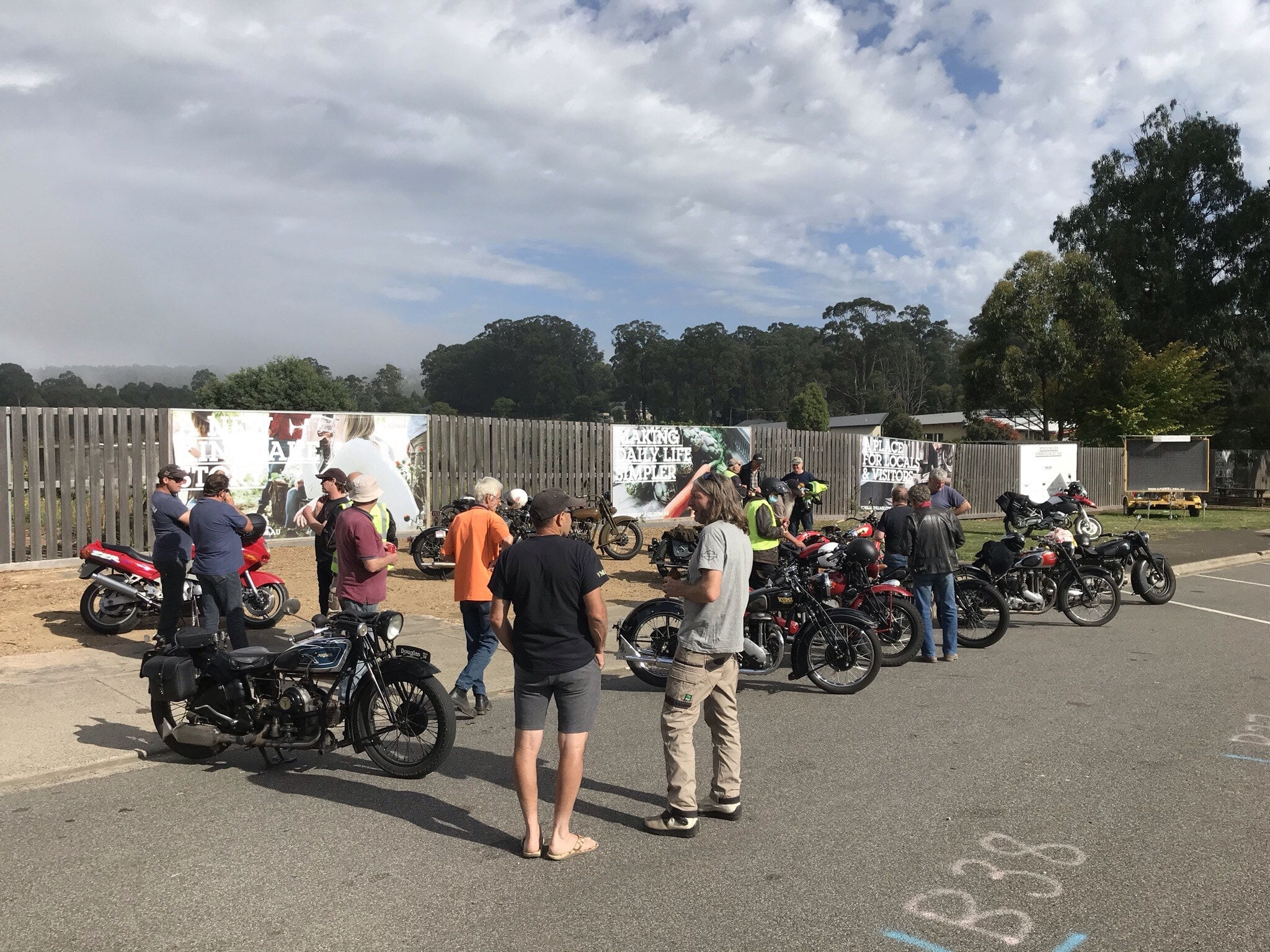