When the date of the 50th continuous Maryborough Rally was rapidly approaching, some members, the Committee and myself decided that this was a milestone event for the Club that had to be celebrated in a Grand Style.

Firstly, we were very fortunate, that thanks to Alan Greenway we had a copy of the original 1969 program which we could replicate as a memento and also re-create the first rally as much as possible.

Secondly, after many years of being taken for granted and largely ignored by the locals after the amount of money we had pumped into their community, approaches were made to the local council, tourist bureau and local paper to help promote and support this milestone event. The reception we received was terrific!

Thirdly, we needed a suitable venue for our Presentation Dinner, we visited The Maryborough Railway Cafe and Tracks Restaurant. We were most graciously met by the proprietors Kate, Gavin and Mike. The venue more than met our expectations. The attention to detail spoke for itself, the coffee was superb and the price was within our budget. I'm sure you'll all agree with me that we made the right decision.
Comments such as "best presentation dinner ever" and "I hope you have booked next year already" were mentioned to me.

John Fletcher, Alan Greenway and I approached the Avoca Scouting Group about conducting a BBQ lunch for our Rally as they had done 50 years ago. Not only did they readily agree, but assistant scout master Joanne worked for Pyrenees Advocate and would promote our event through the paper. After that meeting we journeyed to Remy Martin Distillery which the Rally had visited in 1969. John, Alan and I departed Maryborough in a state euphoria. On a later visit, Mick Guilfoyle, John Fletcher and I visited the now renamed Vineyard, The Blue Pyrenees to seek permission to visit. Not only were they pleased that we would be visiting, the Manager, Tess very graciously asked how they could be of assistance to the Rally, I mentioned that we would
be presenting wine to our honored guests and presenters, and was immediately offered a 50% discount on any wines purchased.

By this time the trophies were in hand, the tee-shirts were organised and I approached Daryl Meek of the RACV who generously offered us fridge magnets and the other goodies that were in our rally packs. The Maryborough tourist bureau supplied the bags and maps of the area, Angela Chaplin and June Jacobson were working on the gifts, Lisa and Chris Seufert were working on the programs, name
vouchers, voting slips, meal vouchers and the rally packs.

The routes we were to take, basically decided themselves. We had to go to Avoca and Clunes, the choice of Carrisbrook was an obvious choice as we were going to Talbot the next day.

The last run was the Monday Run to Maldon, in my opinion the best riding for the week-end, disappointingly only a small number of entrants decided to do the Monday Run. This tells me, and as other members have said, that the rally is way to long. Riding our bikes in 33C temperatures is not enjoyable and not conducive to our old bikes’ longevity. I seriously think the Club should move the rally to a shorter weekend and replace it with a rally South of the Great Dividing Range at that time of year.

Thirdly, I must mention and thank all those people who helped put the rally together. The rally organising committee of Angela and Tony Chaplin, John Fletcher, Ken
Miller, Mick Guilfoyle and myself. Barry Curley for taking and processing the entries, Lisa and Chris Seufert for preparing the name badges, replica programs, maps and helping to put the rally packs together in the wee hours of Thursday night. John Cox for promoting the event in Exhaust Notes. Angela and Tony Chaplin for amalgamating and handing out the rally packs. June Jacobson who has over the years purchased the presentation gifts. The lead rider Michael Guilfoyle, his team of corner marshals, Trish Stayches, Daryl Stayches, Emma King, Lindsay James and the other corner  marshalls. The back up team, Darren Reed-Smith, Ivor Awty, John and Lynn Lofts, Don McGillivray, John Knight, Noel Knappstien and the riders of stopped bikes.

Lastly, I would like to thank all those who attendedand made this event such a success. 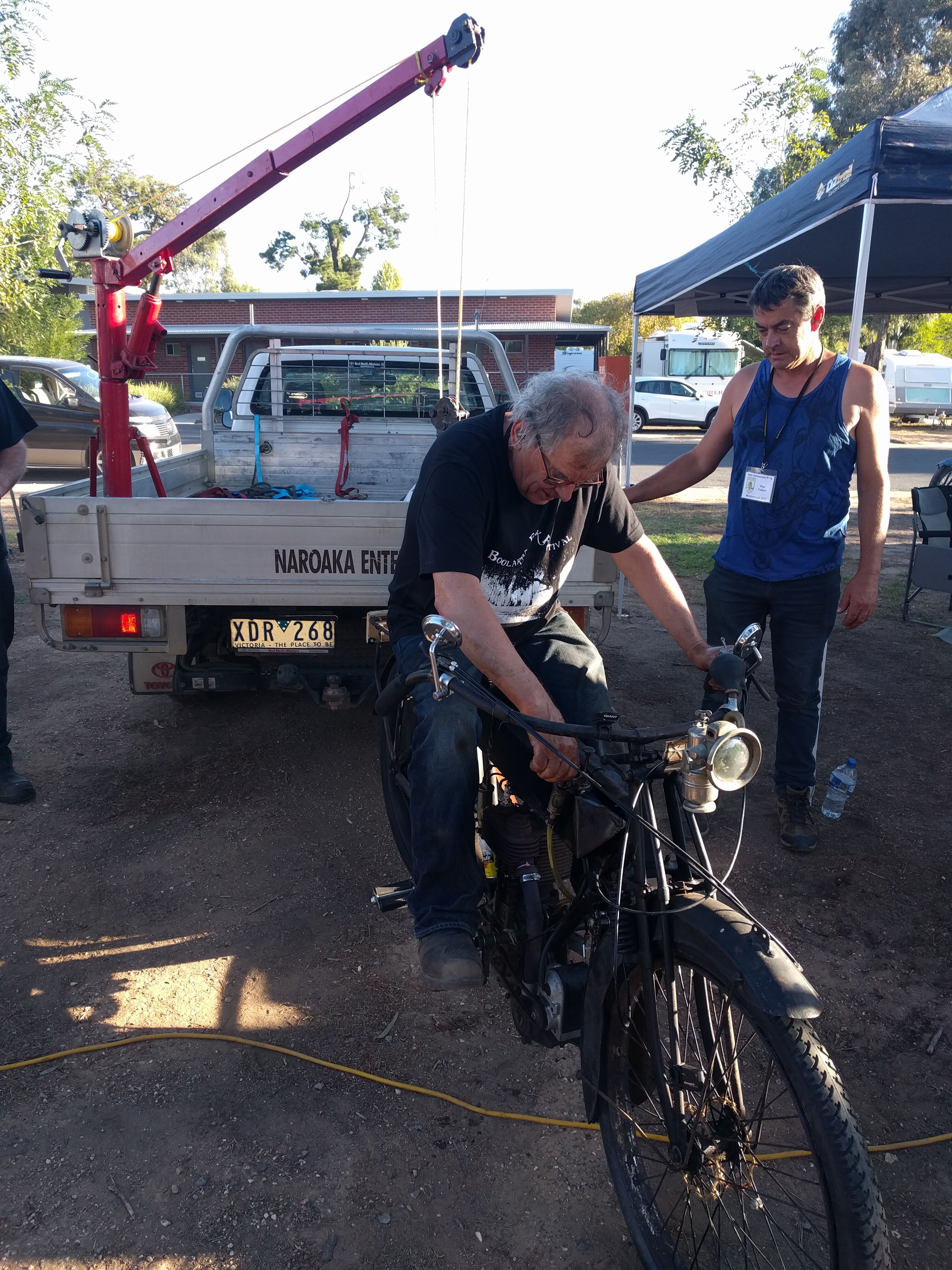 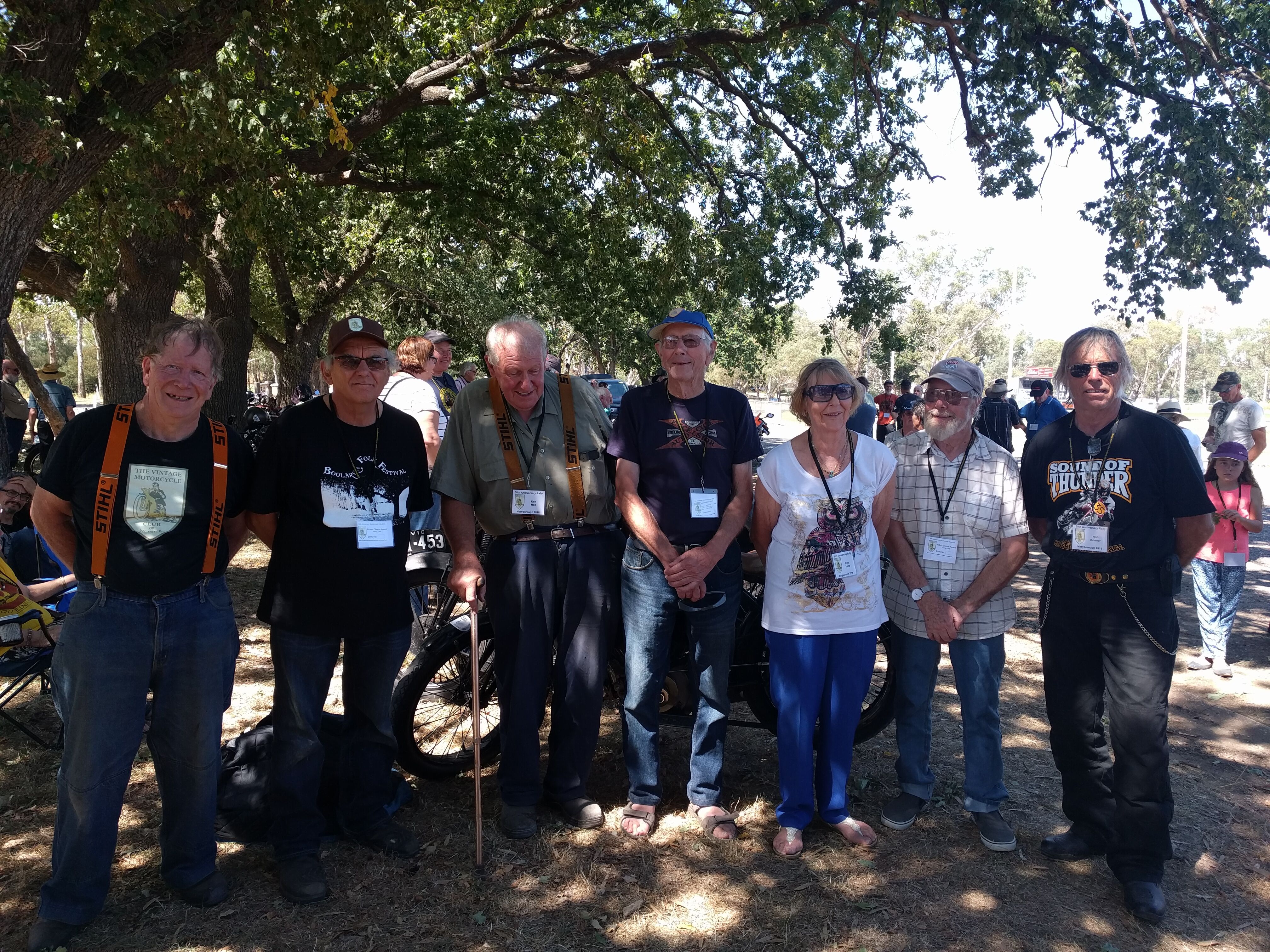 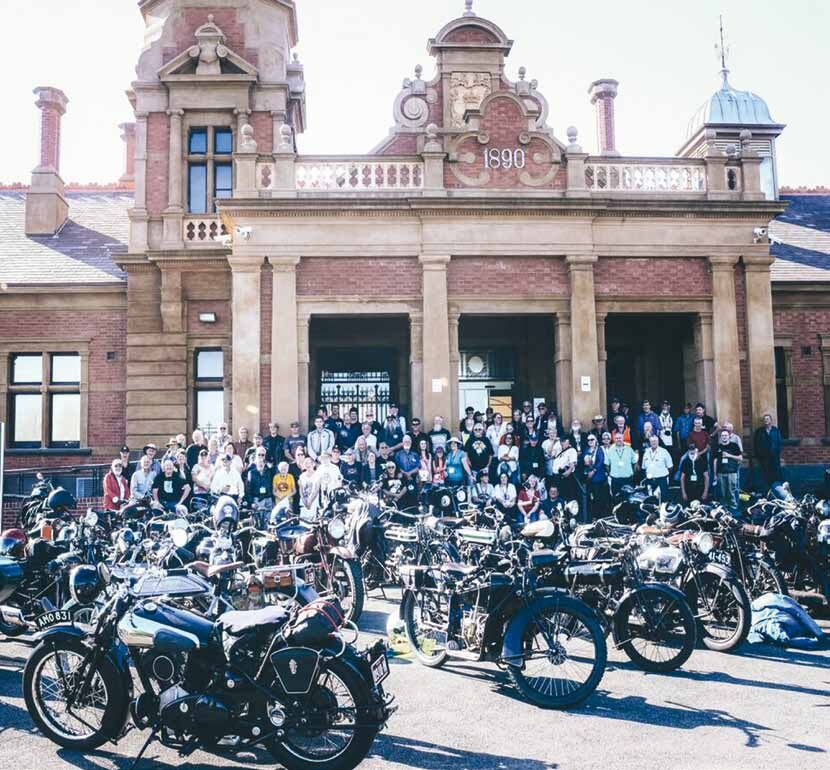 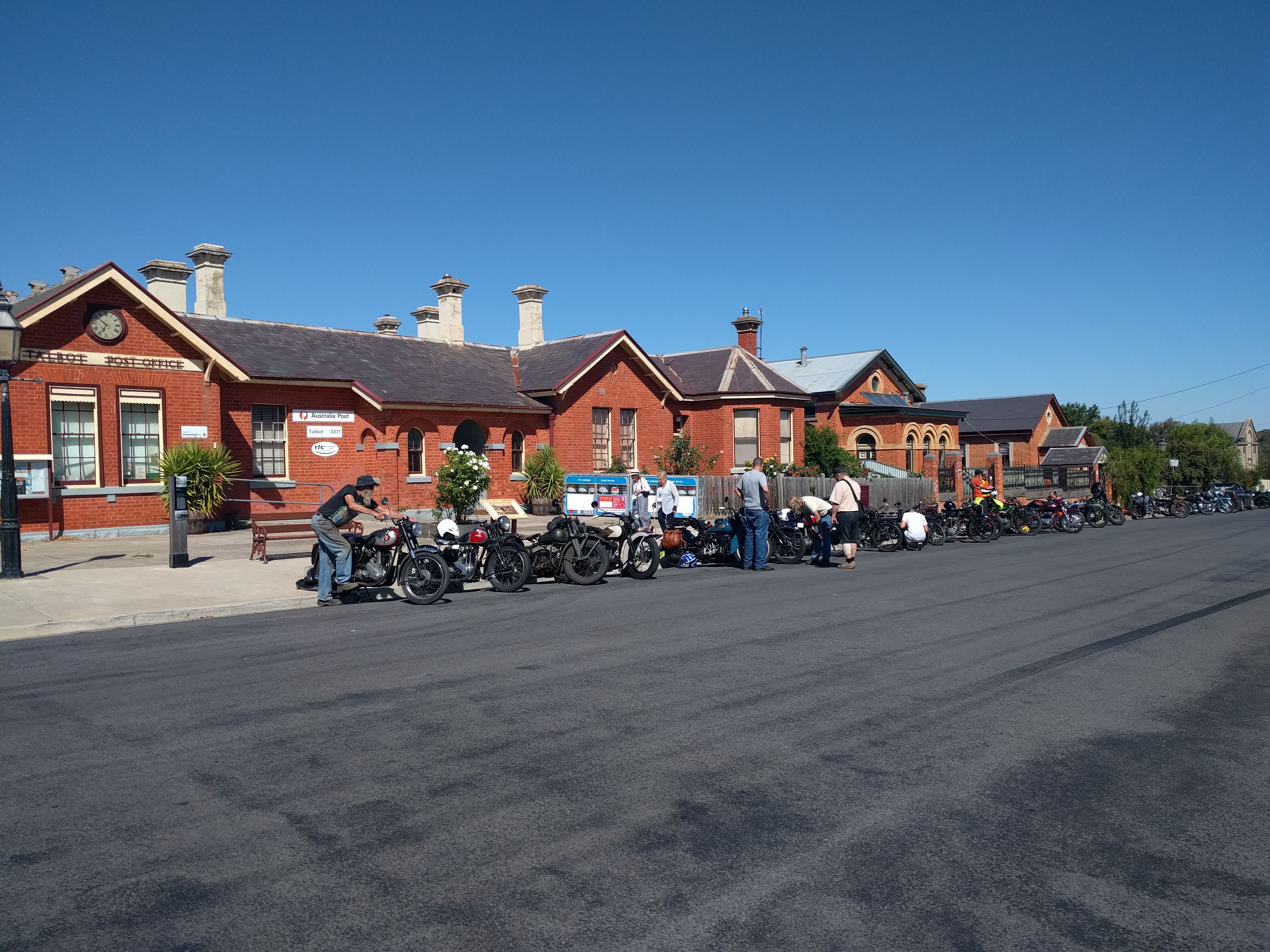